Coffee Break: How I’ve Been. 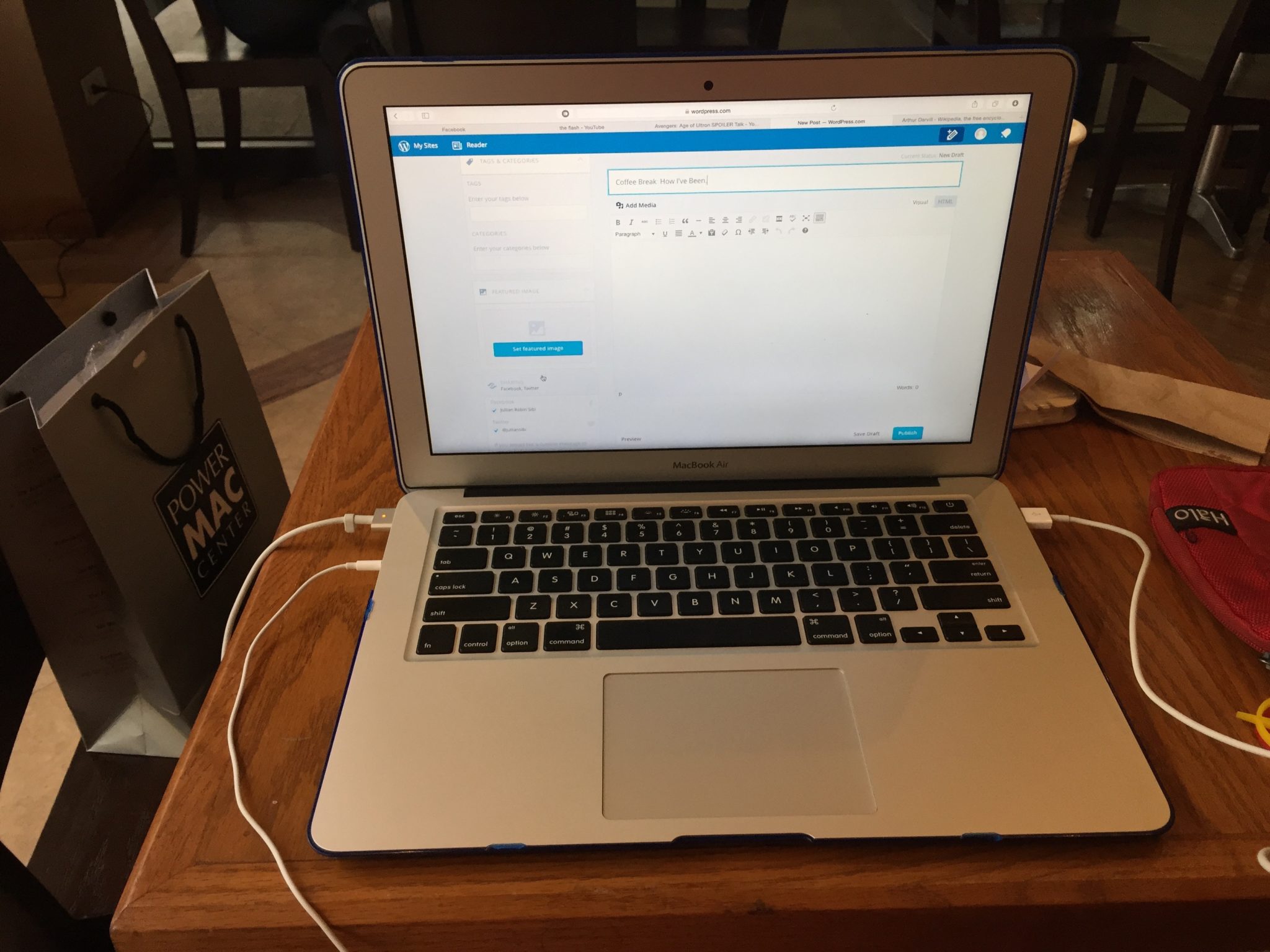 Hey there. It’s been a while since I’ve done one of these. Have you checked out my iPhone 6 Review? If you’re looking for a smartphone or get a different take on a smartphone review (even though it kinda looks like a standaed one), check it out.

Anyway, I’ve been occupied with TV shows lately, particularly those that belong to the Superhero genre. I was initially discouraged by Agents of S.H.I.E.L.D. because it dragged on for too long during its first season that I stopped caring about the second one. Instead, I am a big fan of the DC TV universe especially the shows that are on The CW. They are Arrow and The Flash. Arrow is a show with a more grounded take on the DC Comics character “Green Arrow”. The Flash is a show that is more faithful to its source material but with unique takes on certain aspects of the Flash universe. I used to love Arrow but ever since I started watching The Flash, it became my favorite DC TV show. I didn’t love Arrow as much because the tone got darker. Hopefully that’ll change in Season 4. The Flash is just great in getting that balance between the darkness of Barry’s past and the lighter tone of the whole series. I also think that the Reverse-Flash is awesome at being a villain! I really hope the season finale of The Flash won’t disappoint me (it’s still next week!). As to the subtitle of this post? I’ve been good. Many things are changing in my life as we speak. My viewpoints have suddenly changed and I now have a clear plan on what I want to do in life. I have to take that path one step at a time so as not to get a sudden disorientation of the results. Work has been a bit relaxed lately. I wanna take on a new challenge though. I hope that I could face it with the determination to succeed no matter what.

I’ve recently attended a free training from Power Mac Center. The topic for the last day was how to get started with developing  iOS apps. I truly want to try out more on iOS app development but the nature of my current workplace limits me to just learn about it at home (which means less time since I basically just want to chill and relax at home and not think too much because I may have drained all my thinking power at work. Hopefully I can get the chance to get an Apple certification because I wanna improve myself and learn more.

I also got a look at the LG G4. It is now in the Pre-order stage since May 15 until May 31st. I’ll leave it to you guys to check out the price and all that jazz because I’m here to tell you a short impression about it. The G4 may not have metal, but it still makes you feel like you’re holding a high-end premium smartphone. The screen is insane. The phone feels fast. I didn’t have enough time to determine if it maintains that speed but I’m sure it’s fast. I might post about this to give you full details on what I think about this new phone. That’s about it for now guys. ‘Til then!