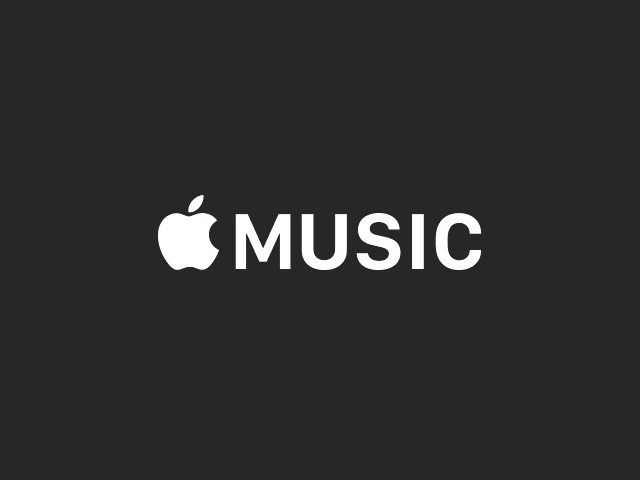 Apple sure made waves on June 30th as they launched their new music service, “Apple Music”. It launched as part of iOS 8.4, a software update for iPhones, iPads and iPod touches, and iTunes 12.2 for Mac and Windows. A version for Android devices and Apple TV will arrive later in the year.

To showcase the new service in all its glory, they decided to change the icon of the Music app. Here’s a screenshot of my iPhone running iOS 8.4:

See that Music icon with the trippy colors? That’s where Apple Music resides. Apple tends to integrate new features and services into existing apps and this is no different. I like how trippy the icon is though. It gives off its unique vibe even though most of the stuff in the Apple Music service can be found in competing services like Spotify or Google Play Music.

I’m here to give you my first thoughts on the service and whether I would consider moving to this service from Spotify after the 3-month trial ends or not.

When you first open the new Music app, you are greeted with this Apple Music intro screen. Here you can start that 3-month free trial.

After signing up and accepting the you-don’t-even-read-it Terms and Conditions, you are asked to select what genres and artists you like or are interested in. I first thought that this concept was part of their way to know what songs you may like in an algorithmic way like Spotify. Apple Music carries the spirit of its predecessor Beats Music in that they have playlists curated by people who love music instead of algorithms alone.

After going through the initial setup process, you are greeted with the main app with 5 tabs in the bottom portion: For You, New, Radio, Connect, and My Music.

The For You tab is where you find one of Apple Music’s unique features: recommendations based on your favorite genres and artists. It will show you human-curated playlists and albums based on those favorites. I personally look at this whenever I wanna check out new music I don’t have saved yet. Some of their recommendations are really nice and encourage me to listen to them. Spotify just makes me feel lost sometimes because it only shows me playlists based on the time of day and preset activities and moods for the specific moment. I know Apple Music has those playlists too but it puts recommendations front and center here.

This New tab is dedicated for what’s new in Apple Music. You can pretty much check out what’s hot in this section. Not much to say here. Oh, and there are Top Charts here too so you can find the top songs that are being streamed here. Nothing super special here but I like the convenience of being able to find new songs in just one place.

This is where it gets interesting. Apple Music launched with Beats 1, a 24/7 live radio station that is being broadcasted worldwide. Here you can listen to music hand-picked by three anchor hosts: Zane Lowe, Ebro Darden, and Julie Adenuga. Until now, they’re just well-known in their respective locations in the world.

I tried out Beats 1 and the songs that were played are good. There are also guest DJs that come on like this one time I heard songs that were picked by Disclosure (you may have heard a song from them called “Latch” with Sam Smith). I think this brings the traditional radio station to the digital age with a global audience.

This section of the app is where fans can follow their artists on what they’re doing. Artists can upload various types of media to Connect like unreleased songs or behind-the-scenes video. I personally find this part of the service a bit bland since not a lot of artists would use this service unless a compelling reason to do so changes their minds.

This is the part where you find all your music: those you purchased from iTunes and those you added from Apple Music. There are two tabs: Library and Playlists. Library is where you can find all the music in one place. The Playlists tab is where all your playlists reside.

Despite claiming to have “all the ways you love music”, it doesn’t feel like a cohesive service that we come to expect from Apple. It feels like a bunch of stuff being mishmashed into one. I know it’s like the first week but knowing that Spotify is already a popular streaming music service and isn’t sitting idly by.

And before you mention it, YES Apple is copying services like Spotify but in a typical Apple fashion. The problem now is that the UI is weird and confusing sometimes, and I’m a techie. Quirks like saving a playlist for offline listening on the iOS Music app isn’t the same as saving the song itself. When 2 or more playlists have the same song, that song is downloaded twice or more! In terms of details like that then Spotify clearly knows this more than Apple does. There are people happy about Apple Music and I’m glad they are. I just think it lacks polish.

I love how recommendations work though.  Intro To is a great way to discover new artists you haven’t really heard of. Some playlists that were recommended have a great mix of music in them. I’m glad they went with the human-curated playlist route because the mix of music in playlists are better in my opinion than Spotify’s. That said, I wish Apple would enhance the user experience. If Connect really doesn’t work then they should just ditch it like they did with Ping. They should get people who made the OS X iTunes app to work on the iOS Music app so that both apps function the same way.

What I also love about Apple Music though is the pricing: it’s $9.99 in the US ($14.99 for the Family plan) but it only costs $2.99 here in the Philippines ($4.99 for the Family plan). It’s just around 130 Philippine Pesos when converted, which is on par with Spotify’s pricing. Spotify’s advantage is that it made deals with mobile carriers (Globe Telecom for the Philippines) for payment to go through your bill.

I think Apple Music is a good streaming music service. Apple just needs to do some UI and functionality cleanup and I may just fully switch over from Spotify.