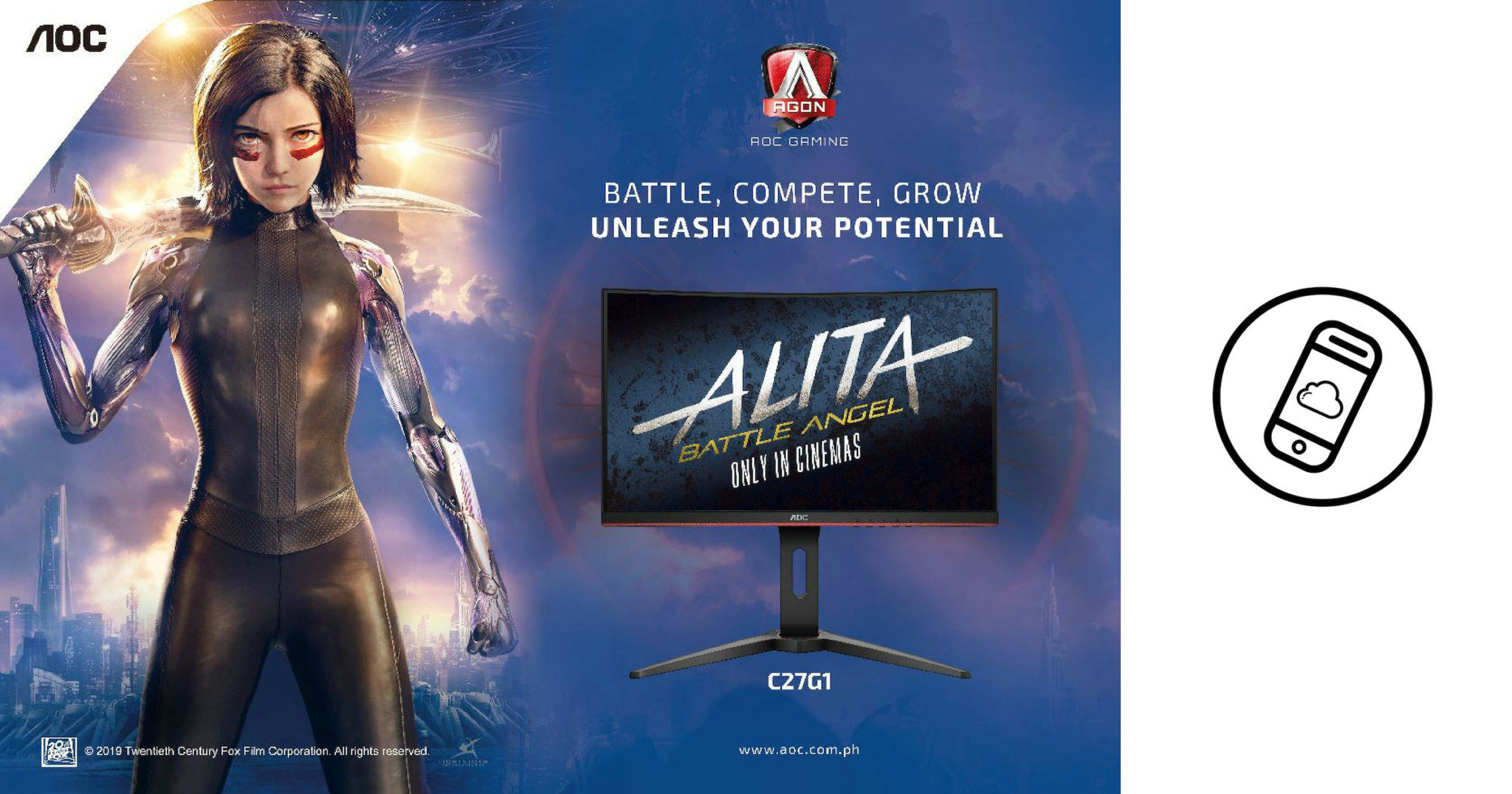 We’re in a gaming world where all I hear is ASUS with their Republic of Gamers brand and Razer being THE gaming brand. What you’re not hearing is that AOC actually was the Number 1 monitor brand in the Philippines! This is based on IDC’s Q3 2018 data.

With the rise of eSports in the Philippines, AOC wants to take advantage of new gamers coming in! Good thing they have a brand in mind: AOC Agon!

Thanks to a cool collaboration between AOC and 20th Century Fox, Alita: Battle Angel is the perfect way to kick off AOC Agon! She embodies what AOC wants to go for with their lineup of gaming monitors! Just as she kicks a lot of robot butt in the movie, AOC can give you more bang for your buck with their gaming monitors!

Here are some highlights of the AOC G1 Series:

In case you are convinced to buy any of AOC’s gaming monitors, here’s the price list of some of them:

Get excited for the collab with Alita: Battle Angel as AOC has a gaming bundle promo for us! Check out the flyer below:

In case you’re not impressed by the flyer, here are some actual photos of the gaming bundles!

Hope you avail of this special promo because this lasts until February 28, 2019! Enjoy the power of AOC Agon and the amazing movie Alita: Battle Angel!