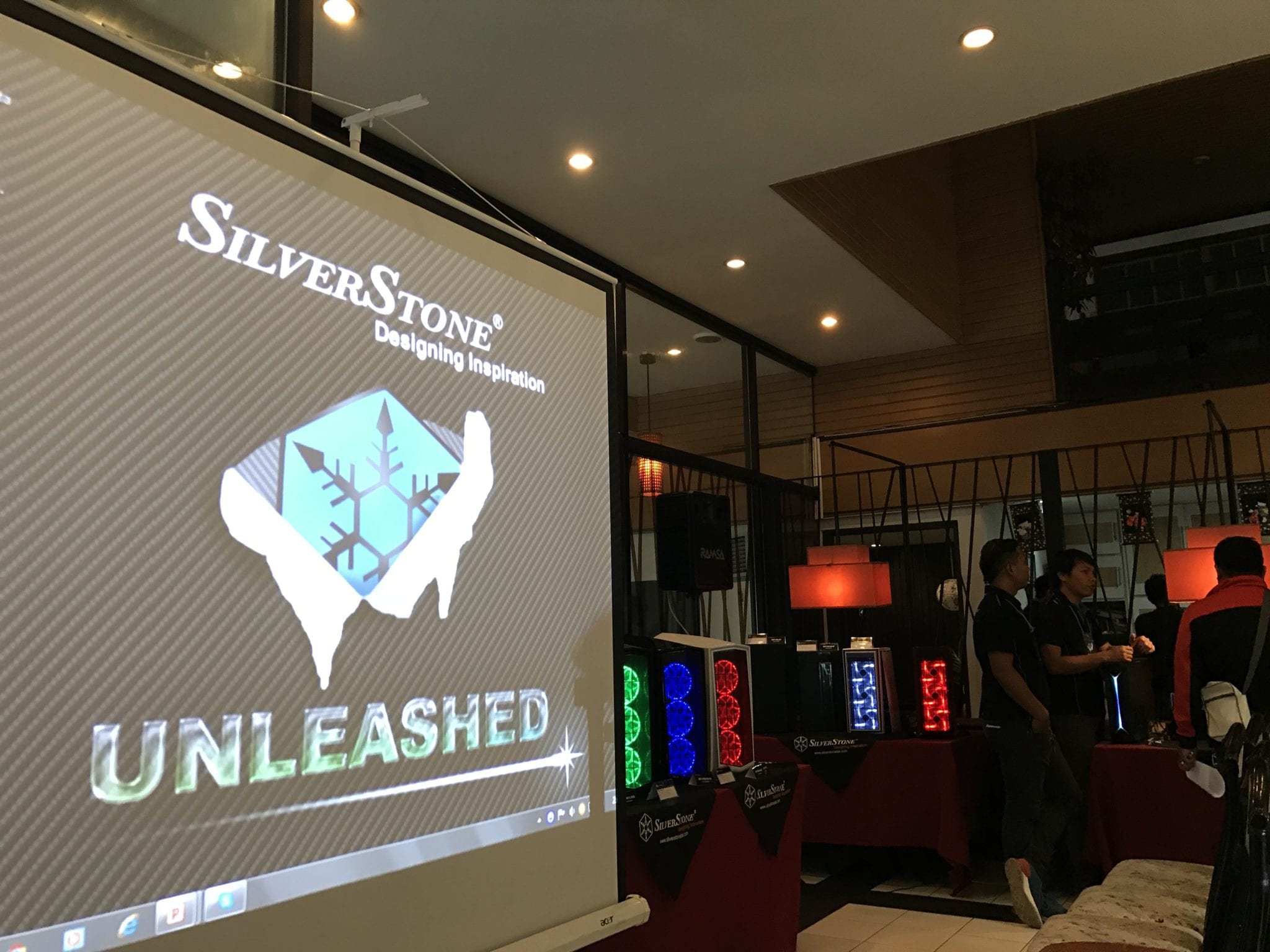 The good people over at Fine Upgrades and Silverstone Philippines sent me another invite to attend their Silverstone event. The event is Silverstone Unleashed 2017 and they focused on the new products that Silverstone has for this year!

Since there were a LOT of stuff at the event, I want to focus on the stuff that interests me. Without much delay, here are 5 INTERESTING THINGS from Silverstone Unleashed 2017! (I won’t be putting how much each item is since it may or may not be in the pictures already. Hehe.) You read that right! The thing you see up there IS a remote for your PC. Silverstone sometimes amazes me as to what they can come up with. If you were to ask me who is this thing for, it would be for the truly lazy ones. HAHA.

Anyway, this remote only works if you install the wireless card shown below to your PC. Just remember that the remote communicates with the wireless card through the 2.4GHz frequency. This means that it can interfere with the WiFi connection setup at home. I KNOW, I KNOW. It’s just a USB 3.0 adapter. I just like it when more PC vendors make stuff like this. Doing things like this makes me feel appreciated despite having a MacBook. Another thing I like about it is the color. YES I LIKE BLACK GADGETS.

You might be wondering why there are only three USB 3.0 ports here. This is why: This is for those who don’t have WiFi at home and have a laptop that doesn’t have this port. You’re welcome.

For Wireless Charging Fans Only! So we have here a wireless charging POWER BANK. Despite its small size, it has a 5200 mAh battery. It also has the ability to stack up to 3 of these for a combined available power of 15600 mAh! Did I also mention that it’s a POWERBANK? You can bring this sucker with you ANYWHERE! When I found out about it, I went WOW!

I Wish Apple Made This. Yes, this is Silverstone Unleashed 2017 but I still managed to mention Apple. (#AppleFanboy4Life HAHA)

I really like this PC case. This is the Raven Z SFF (Small Form Factor) case. Despite it being a smaller-than-usual case, it manages to fit even the most powerful graphics cards available in the market! It also has that cool looking LED at the front. I suddenly want to build a PC with this case! Apple should take note of Silverstone’s understated designs. I MEAN IT.

I FOUND A UNICORN! Hahaha. This is just one of those rare times where a design looks good on a big PC tower case! This case is the PM01-RGB. It is part of Silverstone’s Primera series of PC tower cases. The good thing about this case is that the fans that come with it have RGB lighting! The fans are not actually lighting up. Those are thanks to Silverstone’s new RGB fan grilles! With those fan grilles, you get to keep the fans you want to use in your PC and have some color in it at the same time!