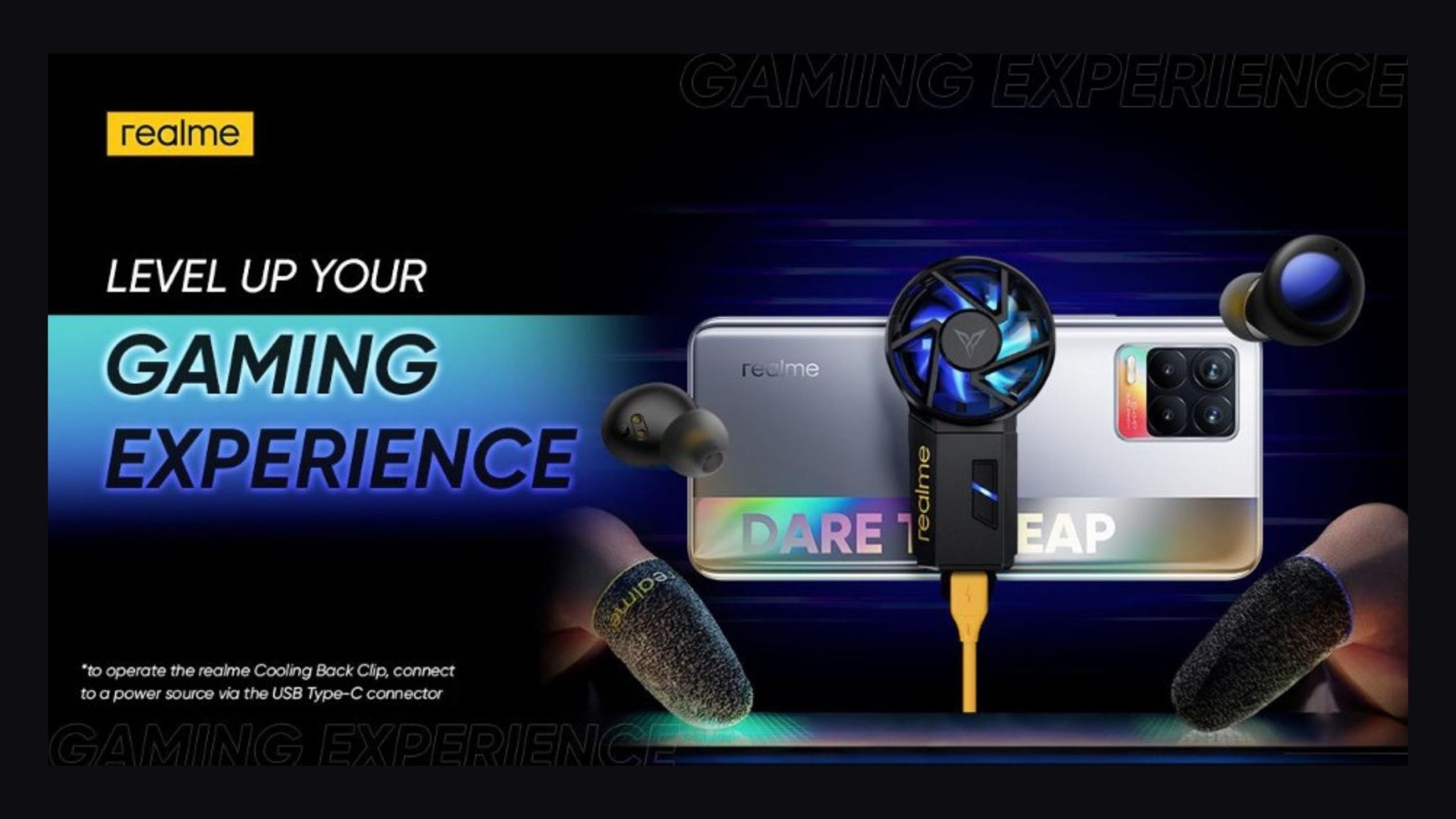 realme continues to raise the bar in the local gaming scene! As the No. 1 smartphone brand in the Philippines, realme always finds new ways to help you with technology in every aspect of your life. With that in mind, the company has a lot in store for Filipino mobile gamers! That includes the new realme Gaming Kit and exciting events for you to enjoy.

What Are These Accessories?

The realme Gaming kit contains smartphone accessories that aim to take your play to the next level. It includes the realme Cooling Back Clip for smartphones and the realme Finger Sleeves. The realme Cooling Back Clip uses a patented dual cooling technology. Said technology makes use of a power-driven semiconductor ice chip and a powerful 7-blade fan. It’s powered by USB-C so you can simply use your phone to power it.

Meanwhile, the realme Finger Sleeves are a must-have for gamers. It protects their smartphone’s screen from sweat while keeping the sensitivity to maintain total control on the touchscreen. They come in a two-pack and made with superconducting electric fiber material. That material assures you that every single touch is responsive with the touchscreen.

Alongside the new accessories, realme has prepared gaming-focused initiatives for its Squad for the month of June.

realme co-presented PayMaya’s inaugural PlayMaya Tournament earlier in May, which kicked off PayMaya’s new PlayMaya feature. The PlayMaya Tournament was a nationwide esports tournament featuring Filipino favorites such as Mobile Legends, Call of Duty Mobile, and PUBG Mobile. Several activities and events were also held, such as a raffle sponsored by PayMaya and a special celebrity exhibition match with popular Filipino gaming personalities such as Ghost Wrecker and CongTV.

The realme Mobile Legends Cup, powered by the realme 8, returns for its fourth season with a P500,000 prize pool. The Quill Award-winning Mobile Legends tournament aims to have amateur and professional players hone their skills in the game. Interested gamers can sign up for the tournament at http://bit.ly/RMCS4Register until June 1.

Both accessories are also in a bundle that also has the realme 8 and the realme Buds Air 2 Neo! This bundle will give you a complete mobile gaming experience. The exclusive bundle will be available for only P16,460 in realme’s official store in Lazada until May 30. (It’s originally priced at P18,310.)

Published in Accessories, realme and Tech