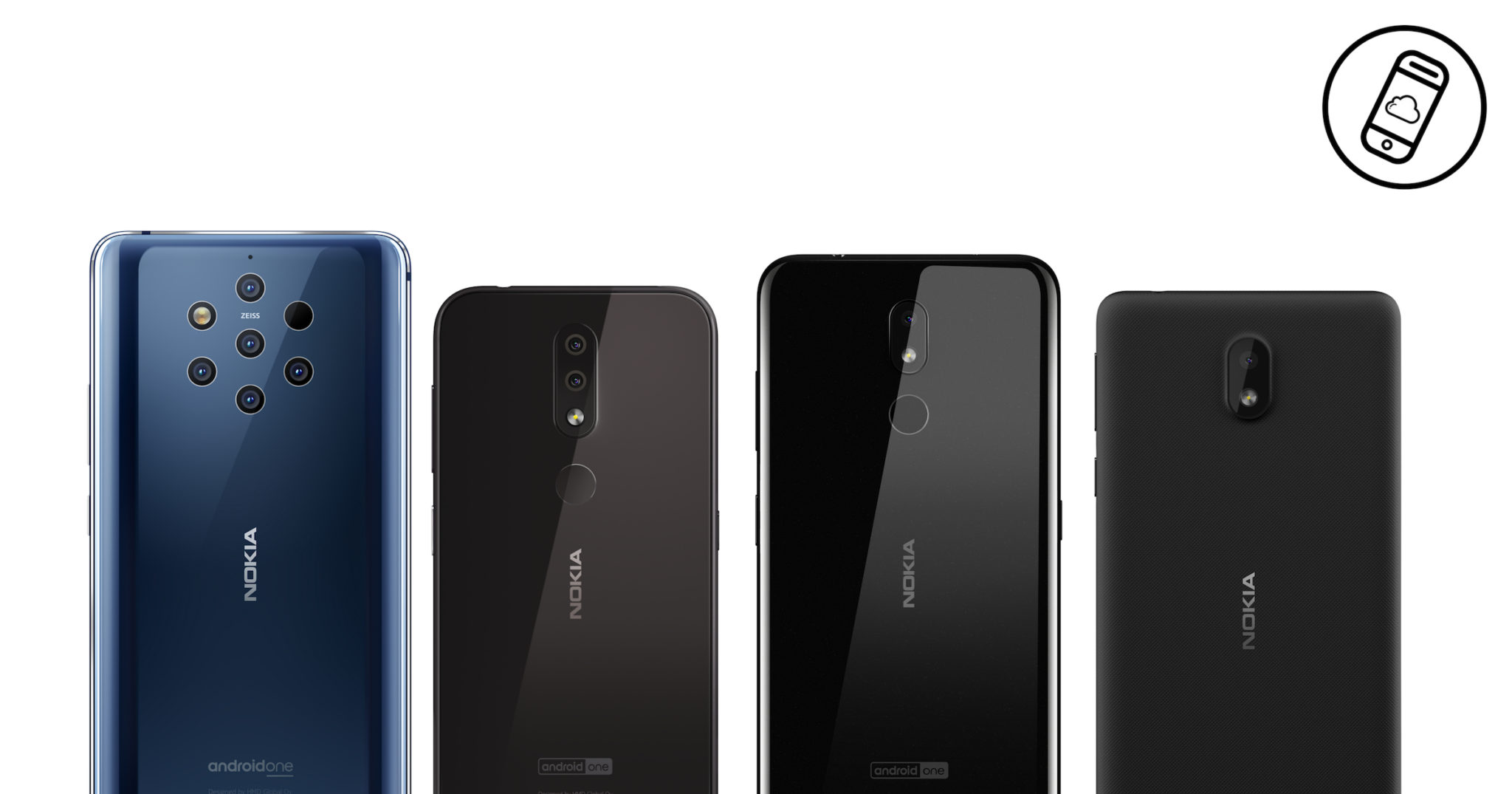 I always thought that the rumors about Nokia releasing a smartphone with 5 cameras was crazy. Well, Nokia made it happen at MWC 2019! During their keynote on February 24th, they announced FOUR NEW SMARTPHONES as well as a feature phone. Yep, one of them is the 5-camera behemoth known as the Nokia 9 PureView!

Of course we’re starting the big guns! Nokia decided to push the limits as to how many cameras they could fit in a phone. Apparently, their current answer is 6: they shoved 5 cameras in the rear and just 1 on the front. You might be asking: why on earth would Nokia put 5 cameras? Well, the Nokia 9 PureView’s rear camera system has its own special abilities…

Normally, most multi-camera setups have the main camera and telephoto and/or a super wide-angle camera. Looks like Samsung’s Galaxy A9 (2018) smartphone got beat. Unlike that phone, the Nokia 9 PureView has 5 cameras with the same 12MP sensor with f/1.8″ aperture. Two of those are color sensors while the other three are monochrome.

All shots taken with the Nokia 9 PureView are in HDR! The 5 cameras simultaneously take the photo. After that, the phone fuses all photos into 1 image with outstanding dynamic range! Look at the photo above! Doesn’t that look amazing? I sure think it does!

For those who are looking for specs of the Nokia 9 PureView, here they are:

The Nokia 9 PureView is already shipping and will have a retail price of $699. Philippine pricing and availability TBD.

Now let’s talk about the rest of Nokia’s lineup for the first half of 2019! First up is the Nokia 4.2. Its standout features are the dedicated Google Assistant button on the left side and the dual rear cameras. The cameras consist of a 13MP main sensor and a 2MP depth sensor. With those cameras, you can take great photos that are worthy of the Nokia brand.

Here are the specs for the Nokia 4.2 smartphone:

Another Android smartphone in the lineup is the Nokia 3.2. While the 4.2 focused on its cameras, the 3.2’s greatest assets are its large 6.26-inch screen and 4000 mAh battery. It also has a dedicated Google Assistant button for all your voice assistant needs.

Here are the specs for the Nokia 3.2 smartphone:

Nokia 1 Plus: The Entry-Level Gets BIGGER!

The Nokia 1 was a cool little phone! Despite my love for colors and Android Go, it didn’t stop me from being rational in my review and citing its bad camera as a sore spot. Good thing Nokia made its successor: the Nokia 1 Plus! Yes, it still runs the Go edition of Android, but is now on Android 9 Pie! It also keeps the tradition of having wonderful colors as well!

Here are the specs of the Nokia 1 Plus:

The Nokia 1 Plus will be available to buy from mid-March from $99! This is really affordable that many people can buy this. Nokia’s new entry-level smartphone puts it squarely against Xiaomi’s Redmi Go.

What do you think of Nokia’s new lineup of Android smartphones? Do any of these interest you? Sound off in the comments!