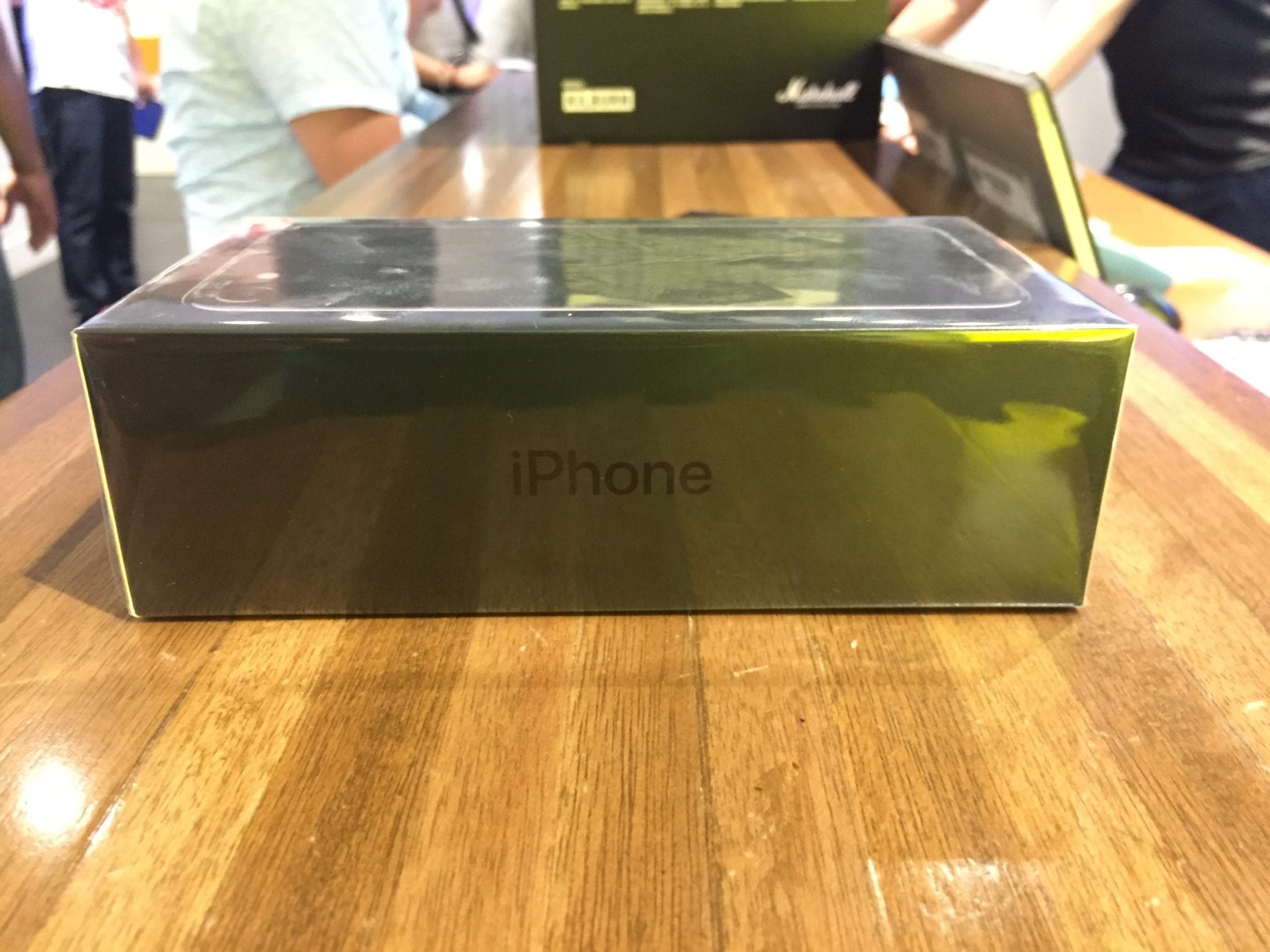 Months after Apple’s announcement, the iPhone 7 and iPhone 7 Plus arrived in Philippine shores last November 11, 2016! I really wanted to get one as soon as it was released here. I considered all my options and went for renewing my current contract with Globe. Lo and behold, here is my iPhone 7!

In case you didn’t notice, this is the Jet Black iPhone 7. I got it in the 128GB storage config since this is the lowest available storage I can get this for. (Also, I wanted to get the 128GB model in the first place.)

Without much delay, here is my iPhone 7 unboxing and first impressions!

Lucky for you, I made a video of the unboxing! With this, I can focus more on my first impressions of the device. Enjoy!

It would be nice if you could leave a like for this video and SUBSCRIBE to the YouTube channel! I’m putting vlogs on my experiences with the iPhone 7. It’s gonna be a fun ride! Unlike previous iPhones that I’ve owned, I have a lot of thoughts regarding the iPhone 7. This phone is a result of many decisions that Apple made. I think they’re doing this because they want iPhone users to get used to this change before the bigger change that may arrive with the iPhone 8 next year.

For my first impressions, I’ll simply divide it into two parts: Things I Like, and Things I Don’t Like.

I was initially torn between Black or Jet Black. It really annoyed me because I couldn’t pick right away. On one hand, Black really looks stealthy. In one aspect, Jet Black just SCREAMS premium! After days of debating with myself, I decided to get the Jet Black one. I did not regret one bit.

Jet Black really looks shiny and makes the iPhone 7 more premium than it already is! It also helps that the glossy finish of this model helps with the grippiness of the phone. And honestly, it really is blacker than the Black model.

I’m so happy that the iPhone 7 has stereo speakers! Good thing they did the intelligent speaker system on the iPads first so that they can perfect it on this phone.

I was initially surprised with the new home button. It isn’t actually a button anymore. It’s now a flat sapphire glass surface that integrates with the iPhone 7’s new Taptic Engine. The engine itself gives that “clicky” feel. The more I used the new button though, the more I like the feeling.

The iPhone 7 is FAST. It’s no joke. It really feels faster than the iPhone 6! There wasn’t a time where it slowed down significantly. If you’re a 6s user though, I suspect that there would only be a slight difference in the speed department. Let’s get one thing out of the way RIGHT NOW: I am annoyed by the loss of the headphone jack. I am annoyed in the sense that now I can’t charge the phone and listen to music at the same time. YES, I knew what I signed up for, but it’s still annoying nonetheless. Also, the adapter IS SO SMALL. I could easily lose this thing if I didn’t attach it permanently to my Marshall Major II headphones!

JUST LOOK AT THIS! Enough about that! Maybe I’ll get over it when I have the chance to get the Major II Bluetooth headphones. Hehe.

I didn’t test the camera fully yet, but so far I feel okay with it. I don’t think there’s a big difference between the camera on the iPhone 7 than the 6s. The bad part is that Samsung and Google have actually caught up to the iPhone in this regard, so deciding solely on the camera alone isn’t enough.

Another thing I was really annoyed with was a software feature in iOS 10: Raise to Wake. I have to admit, it is generally useful but it performs poorly when you just put the phone on the table. It would wake up even though I didn’t want it to. I hope Apple does something about this in a future software update.

Those were my iPhone 7 unboxing and first impressions. Is there anything you would want me to focus on for the review? Do you have an iPhone 7 now? If so, what color did you get? Sound off in the comments section below.