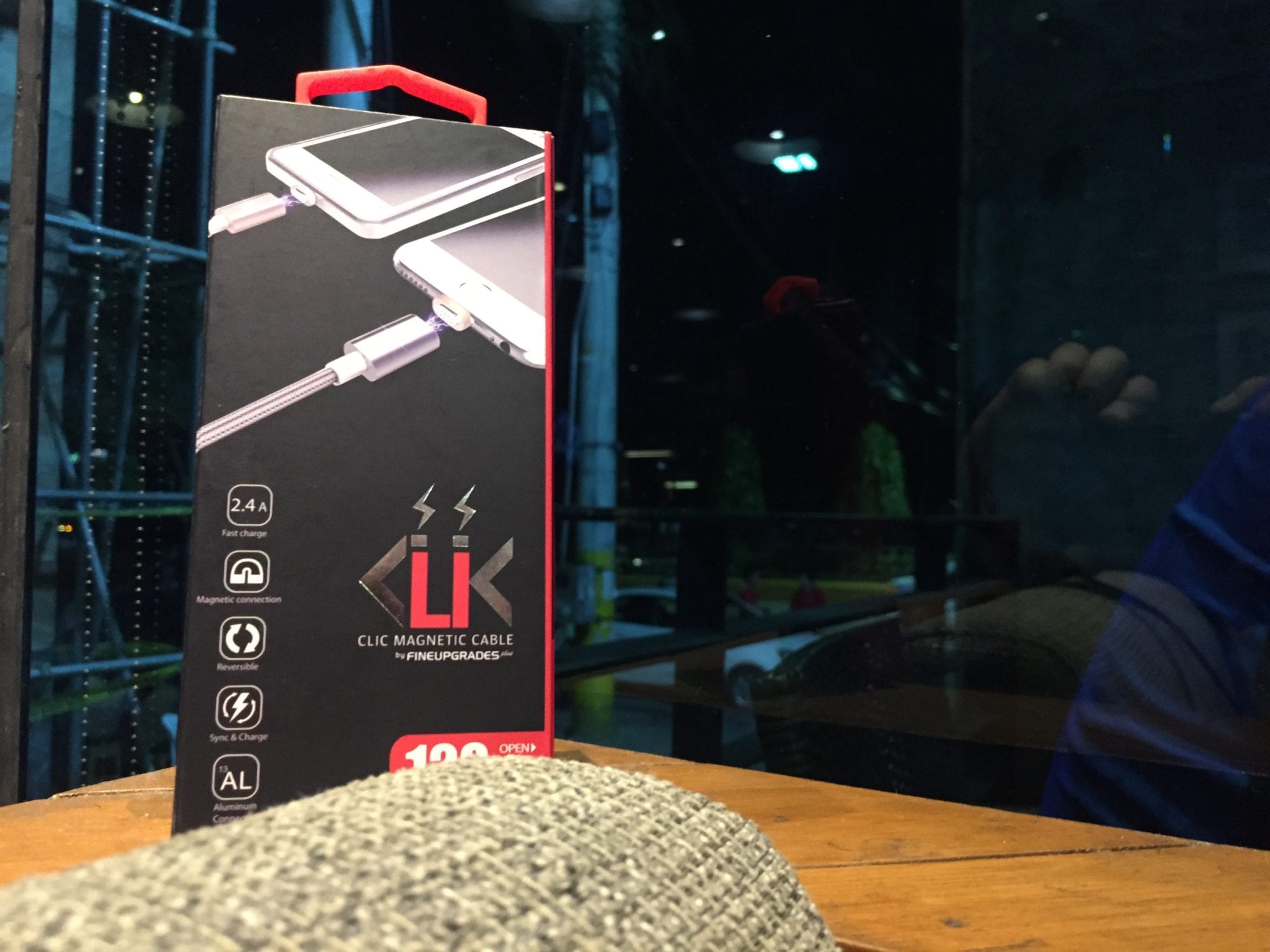 I always like a good accessory that brings additional functionality than the usual. Then I found out about the latest from Fine Upgrades: the CLIC Magnetic Cable! I find this interesting because there is a version of the cable that supports iOS devices. If you own an iPhone, then you usually have a difficulty finding affordable Lightning cables. The people over at Fine Upgrades sent me one of those cables for testing. Here’s my CLIC Magnetic Cable unboxing! The box of the product itself looks sleek. I think it adds to the premium feel of the product itself. Some accessory makers tend to ignore the packaging since people would throw it away. Good thing that Fine Upgrades made this good to look at. It’s even nice to open since they used magnets. Look! The instruction manual for the cable is easy to access. With the manual just beside the cable itself, you won’t see paper inside the box. Enough about the box, let’s get that cable out of there! The cable is colored gray and actually can be kept neat with the tie! The actual cable itself is long enough for most scenarios, since it’s a 1.2-meter cable. The way that the magnetic cable attaches to the phone is similar to Apple’s MagSafe connector. (RIP MagSafe. I still miss you.) The part that attaches to the iPhone is really small. You could easily lose it if you’re not careful. Good thing you only need to think about that once. The cable looks durable so far thanks to its braided nature. Doing this CLIC Magnetic Cable unboxing was really nice when I got to the cable itself. I tried it out and so far its a hit-or-miss thing. Despite the reliability of the magnet itself, the charging would go on and off. I just wish they could improve on the charging part and maybe go for the Made for iPhone certification, I guess?

Anyway, that’s all for my unboxing and first impressions on the CLIC Magnetic Cable! For a cable that costs P999 for the Lightning cable version and P899 for the micro USB version, it’s worth a try. I just think that they should improve on the charging quality.

Are you planning on buying one? Do you think cables like these are useful for you? Sound off in the comments below!